An AoS cruise chaplain on board - Stella Maris

An AoS cruise chaplain on board

Journalist Greg Watts talks to Fr Hugh Allan about what it’s like being a cruise chaplain.

Why and how did you become a cruise chaplain?

A few years ago, the Vicar General telephoned and asked if I would be free, willing and able to spend some time as a chaplain on board a cruise ship. At that time, they wanted me to spend 30 days going around the Caribbean. However, one of my confreres had his diaconate ordination in the middle of this time, so I felt I could not go (but rest assured I made him feel suitably guilty for this).

Last year I was asked again. With the blessing of my community and their agreement to look after things whilst I was away, I accepted the challenge and prepared to set sail on the Queen Mary 2 for three weeks in July 2016.

What was the route of your cruise?

What did you feel when you boarded the ship?  Were you anxious, excited, unsure?

Well, I was a little anxious about it. It is something completely new and so there were many little worries I was unsure about, but I was relatively happy about the whole thing. I had attended a training day with the Apostleship of the Sea and this was invaluable. However, I found packing for the trip was a bit of a problem.  Not really knowing what to expect on board, I took pretty much everything with me for Mass – altar breads, wine, linen, chasubles etc. So my bags were pretty heavy. Thankfully they do not weigh your bags but the porter looking after my bags gave me a filthy look!

Once you were on board, what struck you about the environment?

How unlike a boat it was! It was more like a huge hotel on water. I had been told that I would be in an entertainer's cabin. These cabins were pretty much like normal passenger cabins, except the carpet was thinner and I didn't get chocolate on my pillow each night (but I was just grateful for a comfy bed). The only real draw back of the entertainer's cabin is that the fog horn seemed to be somewhere on deck 6 in the bow and my room was on deck 5 – in the bow! We had thick fog for two nights.

In a parish things are pretty structured, I guess. In what ways was it different ministering on a ship?

I am a religious, so I am used to having a very structured day (attending the divine office etc). So this It was a little outside my comfort zone. However, my basic day on board became quite structured. It began with Mass for 50-60 passengers at 8am. Each day I would have a congregation of around 50-60 passengers.

After that I would visit the medical centre and then walk around the crew section of the ship and spend time visiting the laundry, the workshop, the galley etc. It was fascinating and a great experience.

Then mid-morning I went to the water colour class. I can now paint a beautiful bowl of pears! Around 11.30am the crew would have lunch, so I'd sit with them for a few moments and chat a bit more. Then I would walk around the deck.

Later on I would read on deck but this was never very successful. I took with me six books to read, but I did not manage to finish one. Every time I sat down to read, someone would want to talk. "Talking" was really the whole theme of the experience – everyone wanted to chat. This was really lovely but I have to confess there were times I did just want to read my book.

Then I would go back to my cabin and say my evening prayers and rosary. I was booked each evening for before dinner at 8.30pm. Two nights a week I would say Mass for the crew at 11pm. This is a little late but it is the best time of day for them. They all work 12 hour shifts and so this was the best time for them to get to Mass. I would have around 100 people at each Mass. They were so happy to be able to go to Mass. 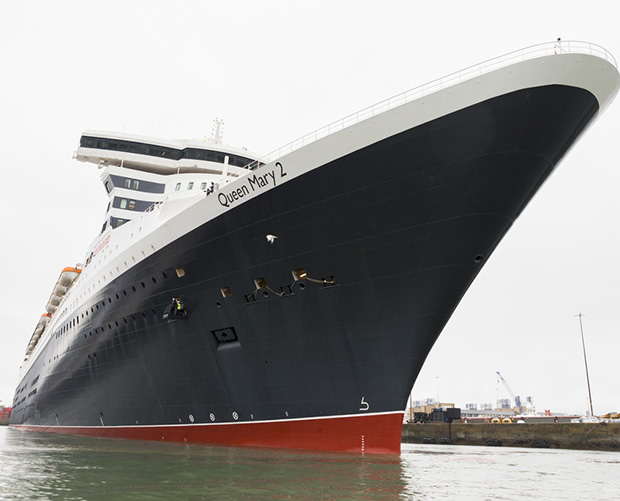 How did the crew react to you once they realised you were the Catholic chaplain?

They were really welcoming and very happy to see a priest. They always seemed so grateful for someone to talk to and pray with. After the crew mass, I would often take Holy Communion to crew who were working and unable to get to Mass.

What did you learn from your first voyage as a cruise chaplain?  Did it change your way of thinking in any way?

I learnt so much about the lives of the crew and their hard work. I became quite protective of them and when I encountered a passenger being rude to a crew member (which was sadly all too often) I would step I to calm things down. All in all, it was a wonderful experience and a great adventure.