In November Pope Benedict addressed Apostleship of the Sea’s 23rd world congress, in Rome. He spoke about fishermen and their families, emphasising that more than other groups they have to "face the difficulties of the present time and the uncertainty of a future threatened by the negative effects of climate change and the excessive exploitation of resources.” In July 2011 at Castel Gandolfo he met with a dozen people who had family members being held captive by pirates.

Apostleship of the Sea director Martin Foley reports, “Pope Benedict showed a deep understanding of the many difficulties faced by seafarers today and their families. “His gesture of meeting with the families of the victims of pirates helped to highlight the dangers facing seafarers off the coast of Somalia and elsewhere.” His work whilst in office has been invaluable and he will be missed. 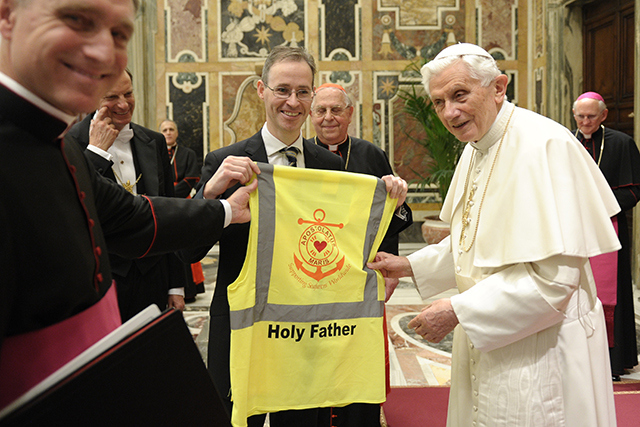