AoS steps up to help crew of stricken ship

Volunteers from the Sunderland branch of seafarers’ charity Apostleship of the Sea have stepped in to provide much needed support for the crew of a ship that unexpectedly had to dock in the port of Sunderland.
The ‘Molat’ left Sweden bound for Egypt on Monday but was found listing in the North Sea and unable to safely complete its voyage.  The ship was diverted to the port of Sunderland where its cargo of timber could be secured and the vessel checked for damage caused by rough weather.
Before the ship docked volunteers of the Apostleship of the Sea made ready to provide practical support for the crew.  Sr Scholastica was amongst those who visited the crew bringing items such as hats, chocolates and toiletries for the crewmembers. Sr Scholastica also helped one of the crew who was anxious to contact his family via the Internet but whose dongle didn’t work in the UK, so she provided him free of charge with a UK served dongle so that he could call his family.  She said ‘The crew were not expecting to dock in Sunderland but the rough weather changed that, given the stress that this has meant for them we were determined to give them a special welcome and ensure they were well looked after.’ 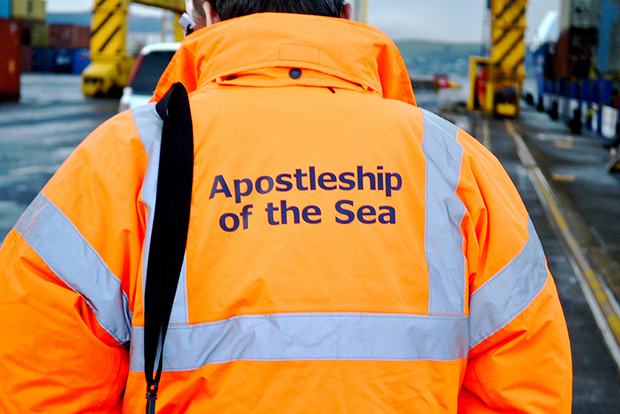