Mary and Mike Reeve, (pictured) ,who have been supporters of AoS for many years, are featured in a new publicity campaign for Your Catholic Legacy (YCL) which starts this month.
The campaign is aimed at encouraging Catholics around the country to consider leaving a gift in their Will to a Catholic cause.
Leaflets will be appearing in The Catholic Herald , The Universe, The Catholic Times, A&B News, Westminster Record  and Southwark Pilgrim between February and May, asking Catholics to think about how they would like to be remembered, and to send in their thoughts.
Apostleship of the Sea is a founder member of YCL, which now consists of 27 charities and Dioceses.
AoS Legacy Officer Alastair Emblem, who is Chair of YCL, says: “This campaign should reach at least 90,000 people, and is part of our overall strategy of raising awareness of legacy giving among Catholics. We are very generous givers in our lifetimes, but not many people think of including a gift in their will.”
YCL is also running monthly advertisements in the Herald and quarterly ads in the Tablet.
Mary Reeve explains their involvement with AoS: “We have supported for about 16 years because of our concern for the life seafarers live, the way they are treated. They spend months and months away from home which can’t be very nice. Then when we updated our Wills, we decided to add AoS. Leaving a legacy to a Catholic charity we respect just seems right. We get the feeling AoS spend the money where it is needed – sending people out to the ports.”
For more information about leaving a gift to AoS in your Will, please contact John Greenat [email protected] or phone 020 7901 1931. 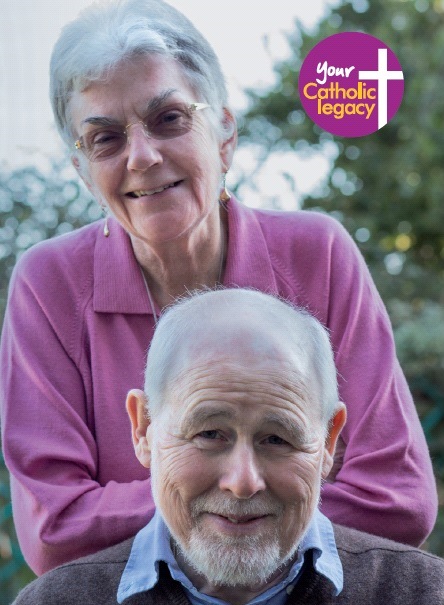