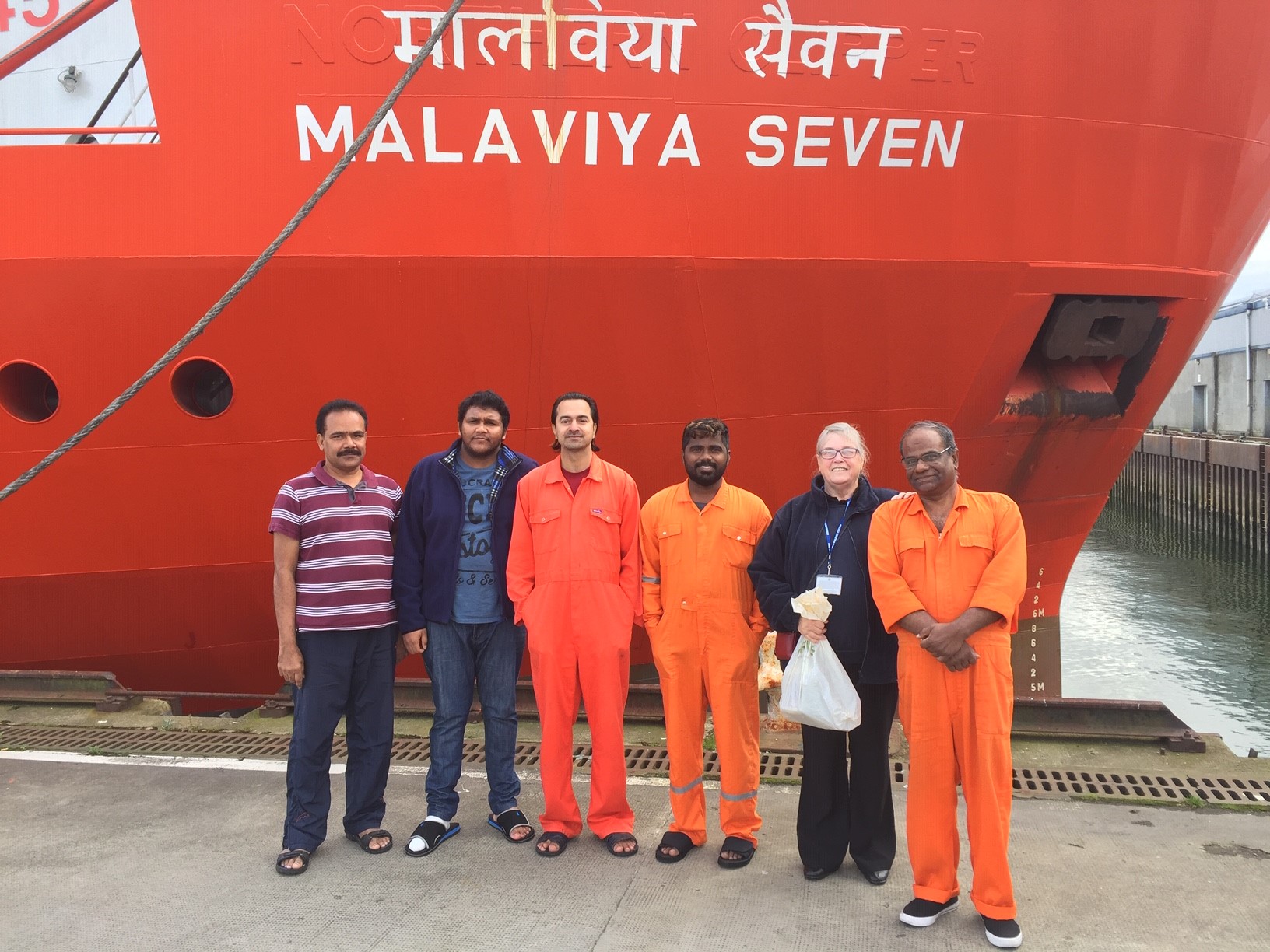 When the Malaviya Seven ship was detained in Scotland, the crew were abandoned without wages and unable to return home for nearly 18 months. Here, Captain Ashish tells his story

” I remember the first visit by the Stella Maris port chaplain Rev Doug Douglas in the initial days. I was a little wary of all the whole situation namely the detention and the stranding which were all new to us .

There were many many visits by Doug . He was always smiling , cheerful and ever ready to help us out. He was always full of joy no matter the situation.

Over the months, he was a regular visitor to the extent of three to four visits a week. It was not only Doug who was helping us out, he would also get his friends to accompany him . There was no dearth of people to talk to. Each visitor wanted to help us in their own way. There were weekly visits to parts of Scotland in Doug’s minivan and ship visitor John Murray also took us on a Tuesday named ‘John Day’. There was a sense of excitement amongst the crew for the visits and the prevailing sense of despondency used to be forgotten.

From material support to moral support, Stella Maris represented by their port chaplain was always there. I remember a situation when the diesel was running short and we had to curtail the generator running hours. Doug was always thinking one step ahead and he had already organised local support . Places where we could get burners to cook food and heaters to keep us warm were already planned by him.

When the ship’s crew started running out of phone top-ups, he was ready with portable Wi-Fi which was kept on board and made accessible to all crew. The Ship’s requirement with regards to a generator was also discussed and a generator was promptly placed on board to reduce fuel consuption.

There were incidents when a local trip to the hospital was required, enter Doug and his minivan and the matter would be sorted out. Several visits were also required for emergency dental treatment.

The port chaplain also brought in the local Indian community to help us out. Having local Indians on board regularly and talking to them also helped us a lot. The crew was graciously invited to their homes. At times, the crew were invited to movies playing at the local theatre. One of the highlights was a visit to the local football club where we were given a guided tour of the stadium, boardroom and dressing room.

All this added to the morale boosting on the ship and the existing tension used to be temporarily forgotten. Stella Maris Port chaplain Doug was also a stabilising factor. He was one person everybody used to listen to. He was also instrumental in pacifying the agitating parties on the rare occasions when there was a dispute.

One of my most memorable visits of the port chaplain was him visiting us on one of our most important festivals (Diwali) he was wearing a bright red pullover, one that would be at home on Christmas day. We of course , made fun of him but he took it all in good spirits.

When the battle became longer and no end was in sight, it was to Doug that we used to turn too for legal advice. He used to advise us, keep us updated and tell us to keep our chins up. Through the port chaplain , we were visited by the local MP of Aberdeen. Bishop Hugh came and blessed the vessel and crew and had lunch with us and also Bishop Robson the Stella Maris Bishop Promoter also paid us a visit. The senior management of Stella Maris Mr. Martin Foley and Euan Mc Arthur , also paid us visits. Local media were also informed so as to spread awareness about our plight .

Although we were stranded and away from home for a long time, there was always a surety that we were not alone. There was an implied assurance that as long the Stella Maris was present, justice would be served.

I would like to end it by saying that had it not been for the Stella Maris team, the crew condition would have been far different in the end. The photos of the crew leaving the vessel finally after the struggle would have shown a totally different picture. The bond between the Stella Maris Port chaplain and the crew of Malaviya Seven has been so strong that crew made it a point to get together to meet the Port chaplain Doug on his visit to India.

As a seafarer, if I were to be in any kind of difficulty in the future , my first action would be to look up the local Stella Maris address. I know ,for sure , that they have the seafarers best interests at heart.