More than 100 delegates heard Eamonn Delaney, chair of Trustees note that ‘The need for the work of the Apostleship of the Sea is greater than ever’. The conference brought together attendees from ports and parishes across Great Britain from Aberdeen to Plymouth. They were joined by representatives from AoS Ireland and the AoS European coordinator Fr Edward Pracz.
Over the last decade AoS has grown to meet an increasing need for care and support from seafarers and fishers, said Eamonn Delaney. National Director Martin Foley paid tribute to those who day and often at night too, respond to the needs of the ‘people of the sea’. Martin Foley also noted the progress made since the AoS World Congress in 2012 in fostering greater networking between chaplains in different nations particularly through the publication of the AoS port chaplain directory.
The conference was inspired by renowned scriptural scholar Fr Henry Wansborough who began by recounting the impression made on him by his recent visit to AoS in Hong Kong. Catholic commentator Francis Davis noted how the principals of Catholic Social Teaching underpinning AoS stretched back to Cardinal Manning and his support of dockers rights some 150 years ago. Fr John Armitage connected the ministry of AoS with Pope Francis' recent call to those involved in the charitable work of the Church to be rooted in Christ in their ministry.
AoS European coordinator Fr Edward Pracz noted the great opportunities for mission facing the Apostleship of the Sea when they encounter Chinese seafarers who not infrequently enquire about faith and the transcendent. The conference coincided with Pope Francis’s audience with the Pontifical Council for Migrants, of which AoS is a part, in which he encouraged all those who care for people on the move to attend to both their practical needs as well as their journey of faith. 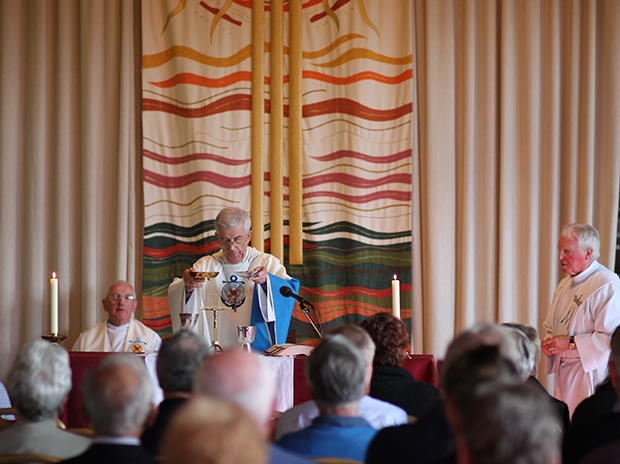