Apostleship of the Sea (AoS) has been providing welfare and pastoral support to the crew of a ship detained in Sharpness Docks, Gloucestershire, amid claims ‘modern day slavery’ conditions were found on board.
The Panama-registered Tahsin has been held at the Docks since early June after a complaint was received.
It has been alleged the crew were not paid their wages, and authorities also found crew members living off sea water and out-of-date food.
The AoS team in Sharpness has visited the ship frequently since its detention, doing so three times each week.
AoS ship visitors provided the crew Turkish, Indian and English newspapers, took them baked goods and fresh produce from their gardens, and provided transport for the seafarers to go into town to send money home to their families.
One Catholic seafarer was taken to Mass in a church a few miles from the ship.
AoS has provided an on-call service to the men, both to the original crew who left in mid-June and the replacement crew who remain onboard.
AoS will continue supporting the remaining seafarers on board until they are repatriated. 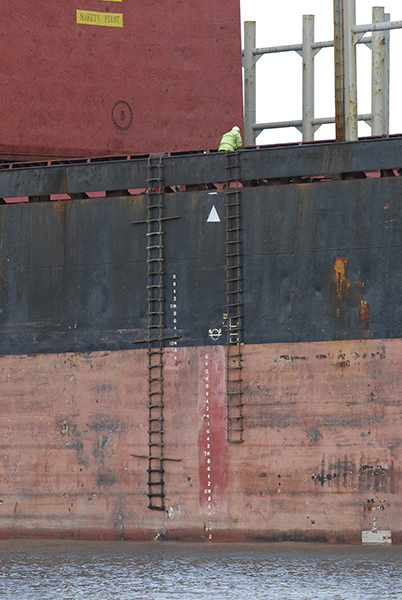