Apostleship of the Sea (AoS) went to the heart of the community as they led a School Community Development Group in St Mary's Primary School, Greenock recently.
Scotland Development Officer, Euan McArthur, was guest speaker in the Inverclyde school who’re actively encouraging pupils to help the registered Catholic charity which supports seafarers worldwide.
Grant Macdonald, Primary 4 teacher, is behind the newly-launched initiative which is proving a big success.
Pupils from Primary 4 to 7 were told how foreign ships arriving in Greenock and Port Glasgow are visited by AoS and their volunteer ship visitors who attend to their spiritual and practical needs, as well as how the local churches play their part in supporting the charity. 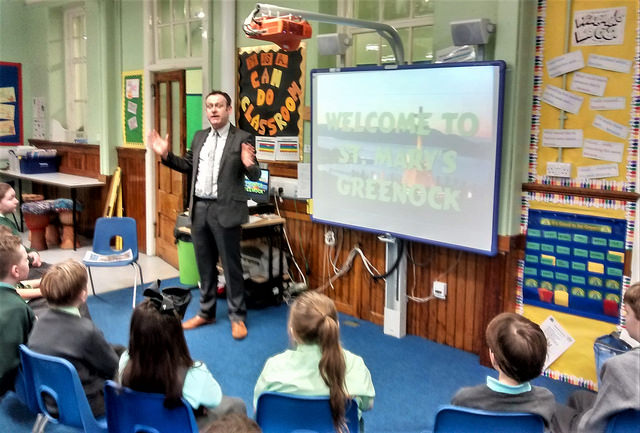 They were reminded of events just a few Christmas' ago when an Italian cargo ship, Mariolina de Carlini, was impounded by authorities and remained in Inchgreen Dry Dock for several months, during which time the crew were visited by AoS including local ship visitor Michael O'Connor, a parishioner from St Laurence's, Greenock to maintain morale.
The foreign crew became lucky mascots for Greenock Morton Football Club who welcomed them regularly on match-day to nearby Cappielow Park to give them some respite from the wrangling over unpaid wages.
Pupils also heard how Euan's late father required 88 stitches on his arm after the winch on his fishing boat fell on him, prompting the local community to get involved and aid him in his recovery.
Mr Macdonald said: “This has made us all think much more about what it must be like to work for a living at sea.
“It was well-documented how the local community came to the aid of seafarers on board the Italian cargo ship in this area. It’s that kind of spirit and willingness to help which we’re trying to foster within this group.
“Perhaps the next time we sit down to have fish and chips, it would be worthwhile remembering how much hard work and effort has gone into catching that piece of fish. 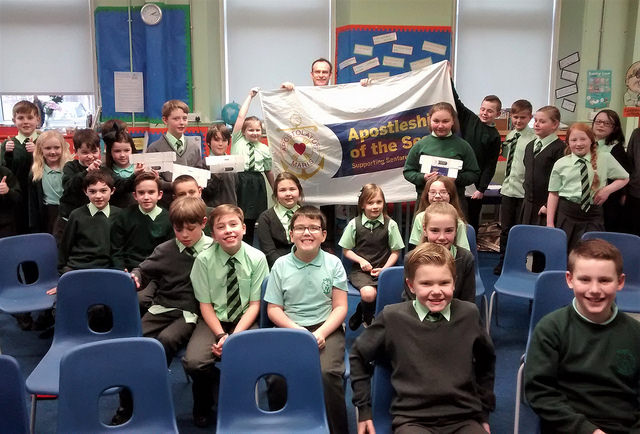 “Fishermen often brave dangerous and difficult conditions which should never be taken for granted.
“Apostleship of the Sea are a vital charity. Having heard all about their work, it's only right that we try and help them with some fund-raising ideas.”
Euan said: “I was overwhelmed with the pupils' interest in our work and the broad range of questions.
“I would like to sincerely thank St Mary's for allowing us to share with them our work, and hopefully return some time in the near future.”

* AoS are in the Inverclyde area on the weekend of January 21/22 when Sea Sunday will be celebrated in St Joseph's Church, Bow Road, Greenock. A representative from the charity will speak at all Masses.