The congress, entitled “New Evangelization in the maritime world: New ways and means to proclaim the Good News”, will be attended by 400 delegates from 71 countries. Pope Benedict will give an address on the final day. Amongst other matters the rise of piracy will be one of the issues addressed in the Vatican when the 23rd World Congress of the Apostleship of the Sea is held later this month [November 19 – 23].
Father Gabriele Bentoglio, under-secretary of the Pontifical Council for the Pastoral Care of Migrants and Itinerant People, said, “Piracy strikes deep into the lives of seafarers and their families, provoking tension, fear and other traumatic effects in the long term.”
According to official maritime reports, in 2010, 445 ships were attacked by pirates and over 1100 seafarers were taken hostage. Most incidents took place off the coast of Somalia. However, piracy is now spreading to other parts of the world.   “It is a subtle crime and often difficult to deal with, as it concerns increasing violence in the management of the hostages, the extension of detention and a certain endurance for the overall management of seizures,” said Father Gabriele.  He added that the captain of a ship which was held hostage for several months will tell the congress about his experience and how his faith helped him cope.
Other issues that will be discussed include how chaplains provide assistance to seafarers arriving in ports in Muslim countries; improving the working conditions of seafarers on merchant ships; and protecting the rights of fishermen. 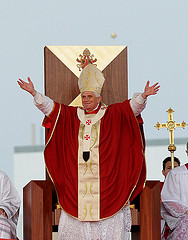