Global maritime charity Stella Maris (Apostleship of the Sea) today launched a new welfare facility for seafarers in Southampton.
The vitally important space, located in the grounds of St Joseph’s Church, will provide seafarers and cruise ship crew members with a range of pastoral and practical support services, regardless of their faith.
The Stella Maris Centre is located just a short walk from Southampton cruise terminal and is the closest seafarers’ facility to Southampton Port. Crew will be able to access pastoral support as well as have a place to relax, use the free WiFi and get away from the confines of their workplace.

The Centre was built with a grant from the Department for Transport. UK Maritime Minister Nusrat Ghani MP officially opened the Centre on Friday, September 20th.
Maritime Minister Nusrat Ghani said, “Our dedicated maritime workers who spend their lives at sea deserve to be supported when they come ashore.
“This new hub will provide a vital space for all seafarers and cruise vessel crew who dock in Southampton to receive support, as well as acting as a resource and training centre for volunteers in the region.
“I am delighted to support Stella Maris and I thank them for all the work they do.”

Apostleship of the Sea National Director & European Regional Coordinator Martin Foley said, “Stella Maris is delighted to open this welfare facility for seafarers visiting the port of Southampton. I would like to thank all those who have made this possible, the Department for Transport, the Diocese of Portsmouth and, in particular our volunteers and supporters from St. Joseph’s Parish.
“We look forward to welcoming seafarers to St. Joseph’s and offering them the warmth and hospitality for which Stella Maris is renowned across the world.”
Apostleship of the Sea Southern Ports Regional Port Chaplain Fr John Lavers said, “The life of a seafarer is constantly changing, but the constant presence of Stella Maris in and around our ports is today better served with the establishment of new seafarers’ facility and regional office for Southampton and Southern Ports region supported by the Department for Transport.”
The new seafarers’ facility is one of 47 centres operated and run by Stella Maris in ports all over the world providing seafarers a warm welcome, the opportunity to contact their families back home and a place to meet a ‘friendly face’ in the form of the Charity’s port chaplains, ship visitors and volunteers. 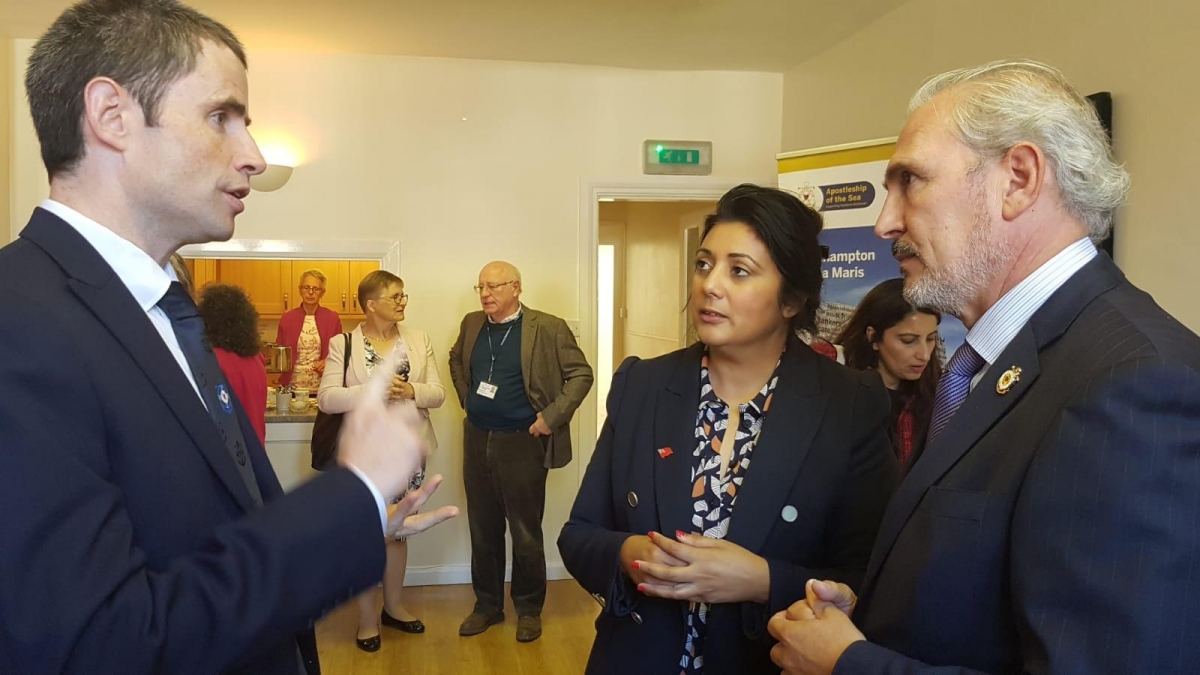