On Sunday 30th June, a sponsored swim across the Humber took place to raise much needed funds for AoS.
Catenian John Fagan was part of a group of 12 swimmers who swam nearly one and half miles across the river Humber on Sunday.  John had chosen that the sponsorship he raised would be shared between two charities, one being the Apostleship of the Sea.  The swimmers were taken by boat across the river to a suitable point where they were all dropped into the water to swim across, John swam for nearly and an hour and three quarters.
Before the swim John said ‘I am not a natural swimmer and indeed have had to learn open water swimming from scratch. I have been training since Christmas.’ The Humber is said to be one of the most dangerous navigable rivers on the planet due to its strong currents and shifting sandbanks, such that safety cover provided by the Humber Rescue was essential.
Anne McLaren (pictured with John below), AoS port chaplain in Hull, joined John to thank him for his efforts to ensure the work of the Apostleship of the Sea supporting seafarers can continue. 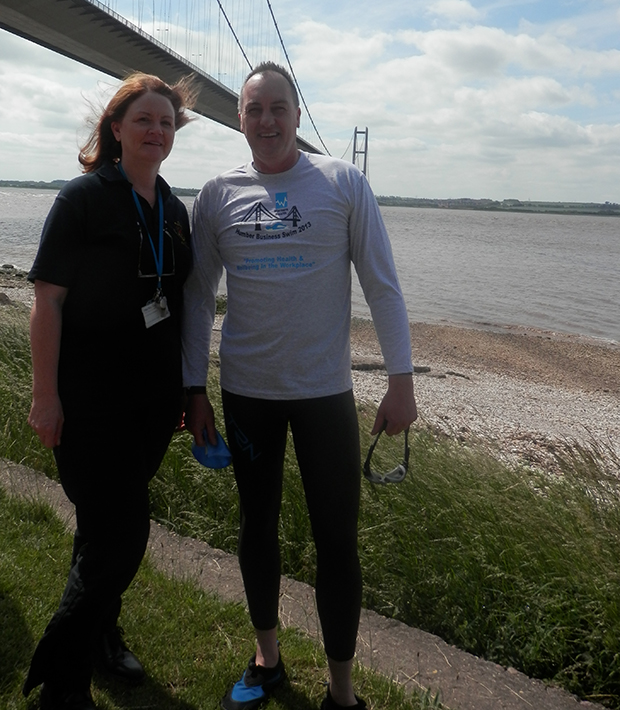