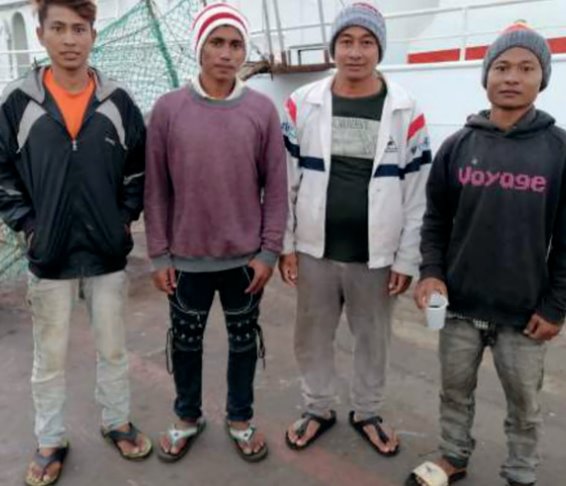 More than 40 million people are in some form of slavery today according to the International Labour Organisation, including more than 24 million in forced labour. With many seafarers coming from nations that may have human rights challenges, the global shipping industry is at risk of modern slavery.

In December 2019, our chaplain in South Africa was alerted to six seafarers on a detained fishing vessel who needed urgent help. They had very little food or drinking water, and had run out of fuel and other supplies.

The crew – four men from Myanmar and two from Taiwan – were shivering with cold and one man who was diabetic had run out of medication. Our chaplain provided food, medicine, and warm clothing. “The smiles on the men’s faces spoke volumes,” said chaplain Nicholas Barends

.
For almost a whole year, we provided food, water, care and friendship, and liaised with the authorities continually on their behalf. Finally we drove the men to the airport for their long-awaited flight home