The head of the Vatican’s Dicastery for the Promotion of Integral Human Development, visited the crew of the P&O Cruises ship MV Oriana and celebrated Mass for them.
Cardinal Peter Turkson, whose department covers the care of seafarers, met the crew of the cruise ship when it docked in Civitavecchia, near Rome, on Sunday April 30th. The visit was organised by Catholic seafarers’ charity Apostleship of the Sea (AoS).
At the beginning of the visit Cardinal Turkson presented Captain Stephen Howarth with the AoS Crest. The Cardinal also went on a tour of the ship and shared lunch with the crew in the crew mess.
About 120 of the ship’s officers and crew then joined Cardinal Turkson in the ship’s Theatre Royal and celebrated Mass; with many of them coming from Catholic countries, this was a particularly poignant moment for them. 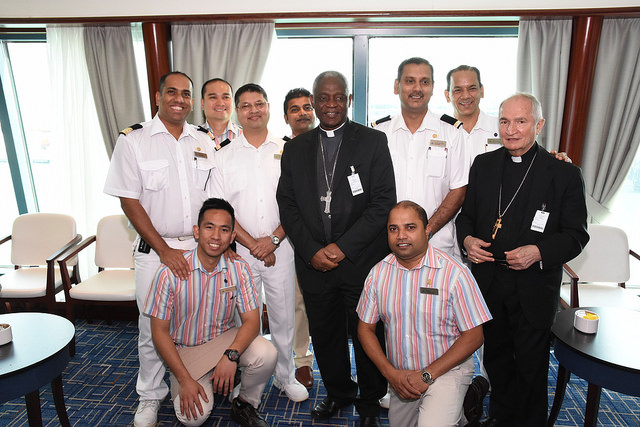 After Mass, the Cardinal blessed crew members individually and presented everyone with a rosary. The Cardinal also presented Peter Pereira, a cabin steward, with a special rosary in recognition of the hard work he undertook preparing for the Mass on board.
In his homily, reflecting upon the gospel for third Sunday of Easter, Cardinal Turkson encouraged those present not to stop in their faith journey at the crucifixion and entombment of Christ but to believe in the resurrected and glorified Christ.
“Just as the disciples' hearts burned within them as Jesus explained the scriptures, so in our lives Jesus burns away obstacles we encounter in our pilgrimage through life,” he said.
Also present were Rev Roger Stone, AoS Port Chaplain in Southampton and the South Coast ports in Great Britain, and other Vatican officials, including Archbishop Silvano Tomasi, of the Pontifical Council for Justice and Peace and Fr Bruno Ciceri AoS International Coordinator. Fr Agnelo Mascanheras, a cousin of one of the crew members, was also present. 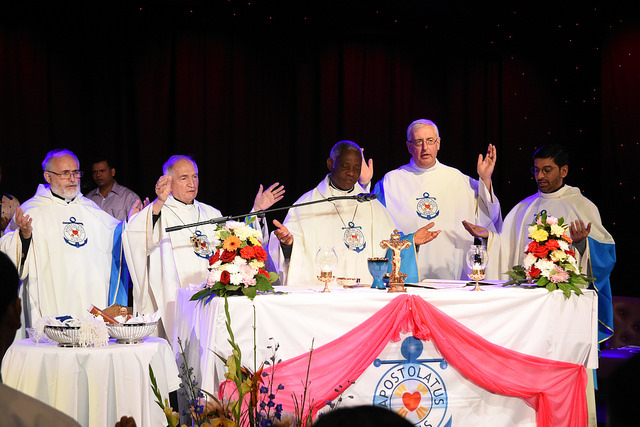 Cardinal Turkson’s ship visit and on board is part of AoS’s ministry to ‘bring the Church’ to seafarers and to the sea where they work. Rev Roger said this visit underlined the Catholic Church’s unique care for seafarers through its network of port chaplains around the world and those that sail on P&O Cruises ships as cruise chaplains.
The unique partnership between P&O Cruises and Apostleship of the Sea is greatly valued by crew, who know the chaplain is someone they can turn to for pastoral, emotional and spiritual support. 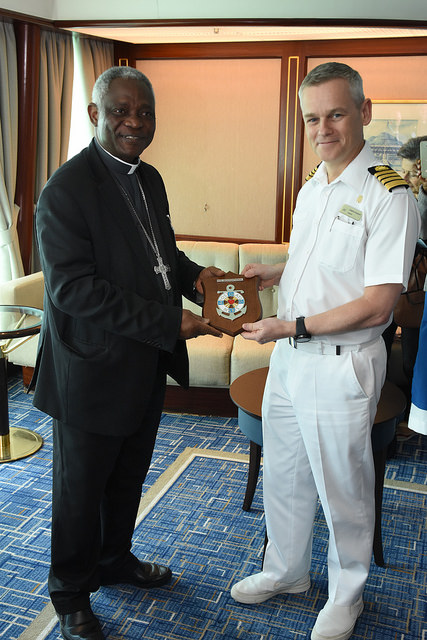 You can see more photos on our Flickr site.