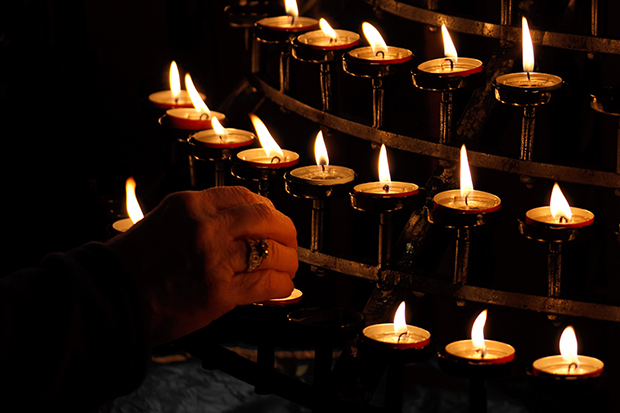 In response to the call from Pope Francis, Stella Maris chaplains, volunteers and staff from around the world are joining together in prayer for peace in Ukraine.

A prayer service was held at 11 am on Facebook. Fr Alexander Smerechynskyy, Stella Maris Ukraine National Director and port chaplain in Odessa, joined us. You can view this service above.

Fr Antony, Regional Port Chaplain for the Forth and Clyde ports, will offer Mass at 7 pm for the intentions of seafarers and their families who have been affected by the current situation in Ukraine.

Please, if you can, join us as we come together in prayer for Ukraine. 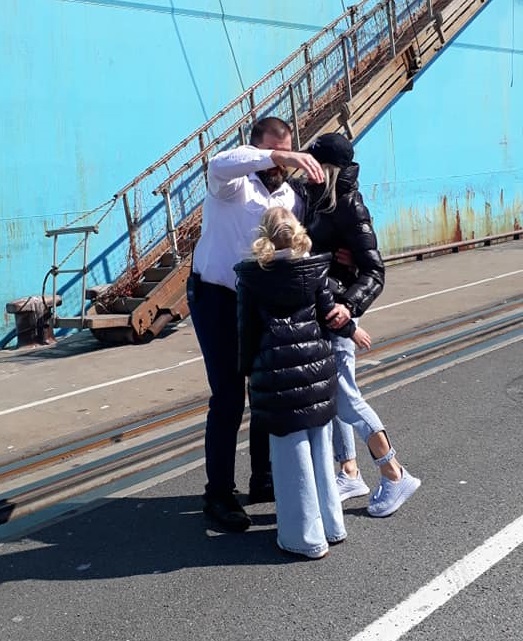 Just before Christmas, our East Anglia regional port chaplain Julian Wong facilitated a last-minute day trip into London for the Ukrainian captain of a container vessel. Fast forward to March, and the captain brought his vessel back into Felixstowe.

His wife and daughter were fleeing war-torn Ukraine and desperately seeking accommodation in Poland. Julian met the captain again and informed him that that Fr Edward Pracz, Stella Maris Poland national director, had opened a refugee centre in Gdynia for seafarers and their families.

The captain immediately rang Fr Edward who confirmed he could accommodate the family. He then contacted his wife and daughter who made their way to Gdynia to join 50 other seafarers and their families under Fr Edward’s wing.

A great story in itself – but it doesn’t end there. Late last month, the captain’s ship was scheduled to call in Hamburg, Germany, so arrangements were made for the captain to be reunited with his family in port.

The captain’s family drove nearly 9 hours across Poland and Germany to Hamburg, where port chaplain Monica Döring from Stella Maris Hamburg Catholic seafarers’ mission had arranged overnight accommodation for them.

The next morning Monica drove them into the port to be on the quayside as the captain guided his vessel in. They were then reunited after 7 months apart and were able to spend a joyous day and night together as a family again before the vessel departed the following day.

In an often very dark world, Stella Maris’s international network helps to ensure small rays of light shine through on seafarers and their families. 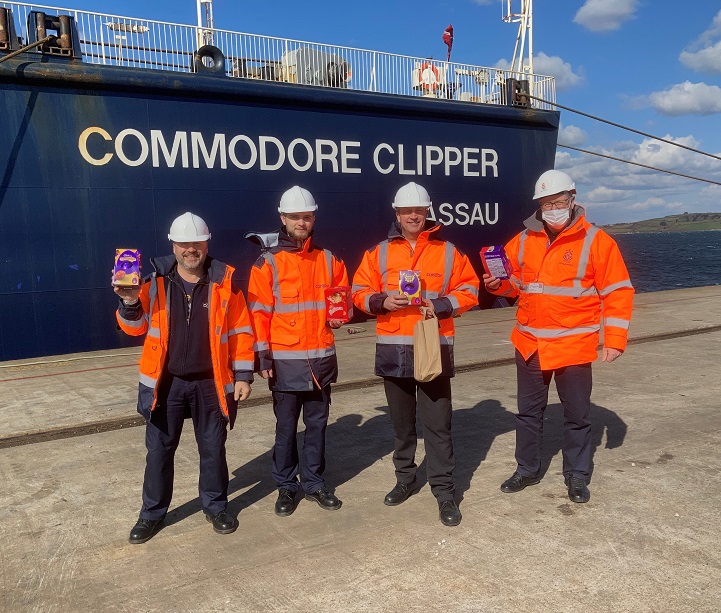 Stella Maris chaplains in Great Britain and around Europe are working tirelessly to support the immediate needs of the seafarers and their families, providing support such as SIM cards, food, transport, and temporary accommodation.

For many Ukrainian and indeed Russian seafarers arriving at ports in Great Britain, apart from the practical assistance given to them by our chaplains and ship visitors, it’s often the small gestures – the friendly smile, the arm around the shoulder and the listening ear – that the seafarers take comfort in.

Below are just some of the many examples where Stella Maris has brought compassion and kindness where they may be anxiety, anger, confusion and chaos.

Our Scotland senior area port chaplain Deacon Joe O’Donnell, who also looks after Northern Ireland, met Ukrainian seafarer Roman on a container ship in Belfast port. Roman is from Odesa and Joe informed him about what Stella Maris is doing to support Ukrainian seafarers. Joe explained to him about what our colleagues are doing in Odesa. Roman was delighted to hear this and says a big “Thank You”.

In Aberdeen our ship visitor John Murray provided six Ukrainians on a cargo vessel with free £20 phone top-ups before the ship headed on to the Netherlands.

Hugh Ward, our Tees ship visitor was in touch with a Ukrainian seafarer, Viktor, who he and his wife, Mary, has developed a friendship with over the last few years. Viktor had not been able to contact his family for a few weeks. When he did manage to contact them they told him they had escaped the war and got into Poland. The vessel Viktor works on has a regular port call into Wismar, Germany, and when they docked there recently, the seafarer’s wife and two daughters, were there to meet him, having driven continuously for 24 hours from Poland.  The ship’s captain allowed them to stay in Viktor’s cabin for two nights and the family spent the two days sight seeing and enjoying time together in the city.

Our ship visitors in Poole, Linda and Alf visited the ship Celtic Commander which had an exclusive Russian crew. It was clear that the seafarers were up set by the war. One AB in particular explained how his father was Russian and mother Ukrainian. His wife is Latvian and is Catholic. He was very emotional and in disbelief at what was happening in the conflict. He accepted a prayer book and rosary beads and our prayers. Alf also had some fine rosary beads which he gave for the seafarer’s wife. Alf and Linda left a bag of goodies including a tin of chocolates for the crew.

The crew on board this Condor ferry, which included 30 Ukrainians, were visited by our Falmouth & Fowey regional chaplain John Pinhay. John says, “The shipping company sent groups of the Ukrainian crew to a local hotel with some spending money to try and give them some light relief. They were all concerned about what was happening back in their homeland, as contact was very limited. The chance to go ashore and our gift of 40 Easter Eggs brought kindness and compassion, and by the smiles that came back to me, my visit was very welcome.”

Our Tilbury chaplain Wojciech Holub met a Ukrainian seafarer and asked him how his family was coping back home. The question brought tears to the seafarer’s eyes. The seafarer asked Wojciech to include him and his family in prayer. Wojciech also helped three other Ukrainian seafarers on board the same vessel to sign off. One will go through France staying for short with family, on to Gdynia, and the other two will travel to their next port in Italy. Wojciech provided the whole crew with phone sim cards, and helped them with shopping as they are not allowed to go ashore.

Our East Anglia regional chaplain Julian Wong met this Ukrainian bosun whose family is from Mariupol. He is still in touch with his wife, but she keeps the contact very brief for safety reasons. Julian gave him a free 13Gb 12mths sim card to help him maintain contact with his family. 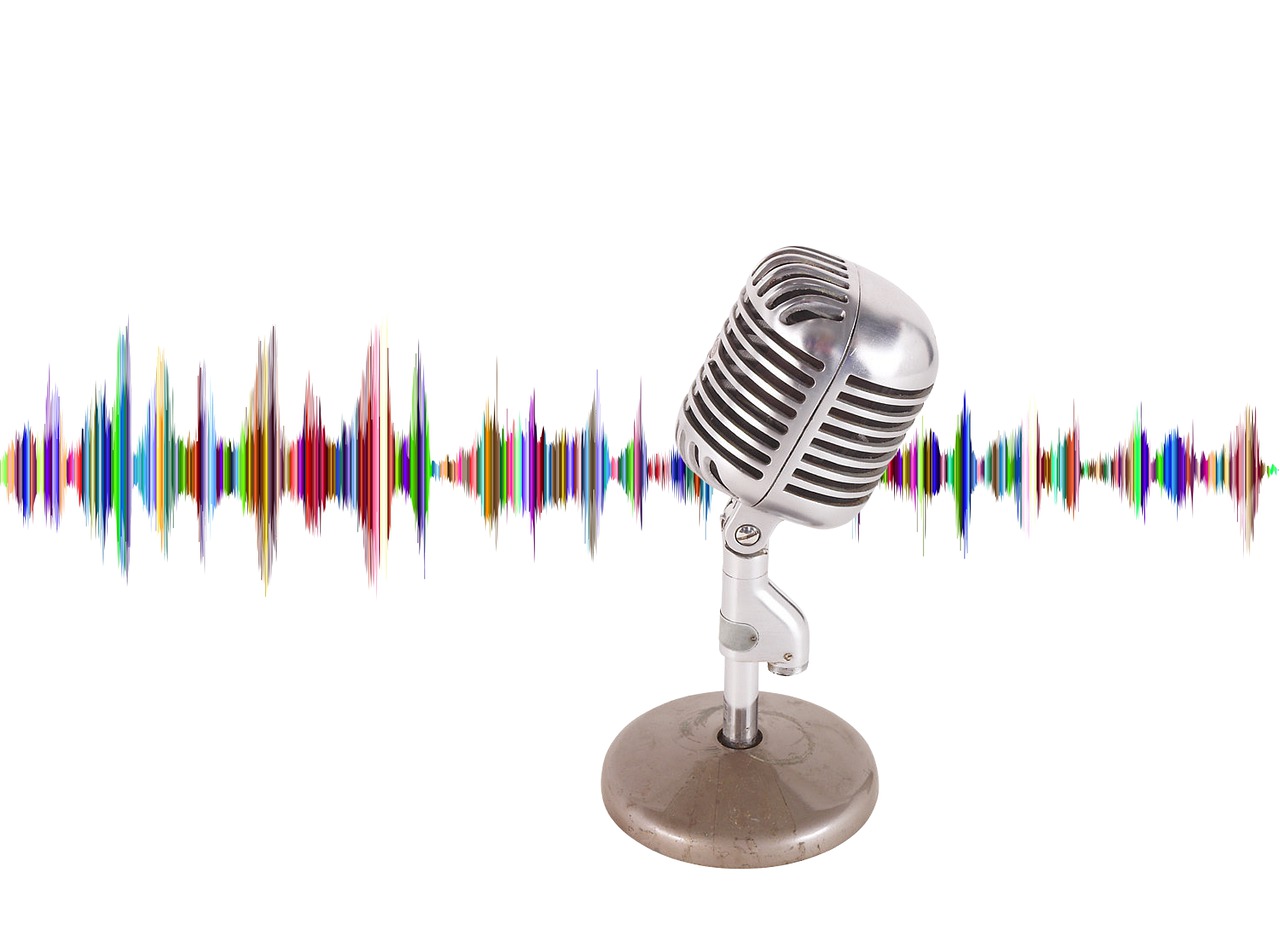 What is life like for the many Russian and Ukrainian seafarers working together on board ships during a war? 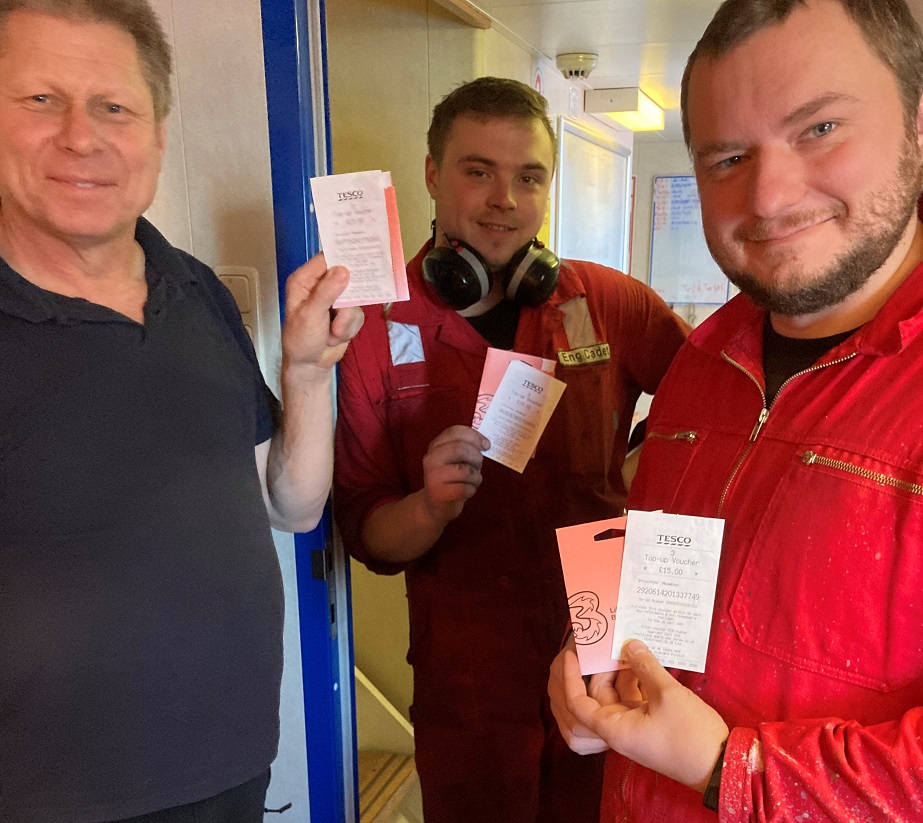 Stella Maris chaplains have been speaking about the dilemmas and worries of both Ukrainian and Russian seafarers as the war in Ukraine deepens.

Wojciech Holub, Stella Maris regional port chaplain in Tilbury and London Gateway, said several Ukrainian seafarers he has met are incredibly anxious about not being able to return back home or see their families.

“One Ukrainian ship master I spoke to at Tilbury port told me that his contract had ended, and a replacement captain had already joined the ship. However, he has had to remain on board because of the difficulties getting flights home,” said Wojciech.

He said, “Another young seafarer was on a vessel heading for drydock in Gdansk, Poland. He comes from Crimea and has Russian and Ukrainian nationality. He said he hoped to find safe accommodation in Gdansk as he feels he has no chance of getting home. His sister and other relatives have escaped to Turkey.”

“Through tears another seafarer from Kyiv spoke of his grief and told me he was thinking of his home and family, and cannot wait to get home,” Wojciech added.

It is not just the Ukrainian seafarers who are worried about getting home, said Wojciech, but also those from Russia and the surrounding countries such as Georgia and Armenia.

Wojciech said both Ukrainian and Russian seafarers are shocked and horrified by what they are seeing and hearing about the war. On board vessels of mixed Russian and Ukrainian crew, they are united and have no animosity towards each other, he said.

This sentiment is echoed by Deacon John Fogarty, Stella Maris regional chaplain for Kent and the Medway ports, who spoke to the Russian captain of a vessel with 13 Russian crew members.

“The captain, whose mother was half Ukrainian was almost apologetic, as were the crew members, simply for being Russian. It struck me that there may be many more seafarers feeling the very same. Russian seafarers who are really struggling at this time as well as for their brothers and sisters in the Ukraine,” said John, adding, “It was very humbling, although saddening, to be taken into their confidence on how they are feeling.”

Deacon Doug Duncan, Stella Maris Northeast Scotland regional port chaplain met with three Ukrainian seafarers who had finished their contracts in the oil and gas sector. Their employer was looking at placing them on another vessel, the men told Doug.

“Three of them have decided to go home, while the three who are staying know that if they return home, they probably would not be able come back to the UK to work. They have advised their families to flee while they would carry on working and supporting their families in some way.”

Martin Foley, Stella Maris chief executive officer said, “Stella Maris chaplains in the UK and around the world will redouble their efforts to support all seafarers affected by this war. It is desperately unfortunate that Ukrainian, Russian, and other seafarers are getting caught up in this war.”

“Stella Maris urges all governments to ensure the safety of all seafarers caught up in this war, their entitlement to adequate shore leave and their access to our welfare services.” 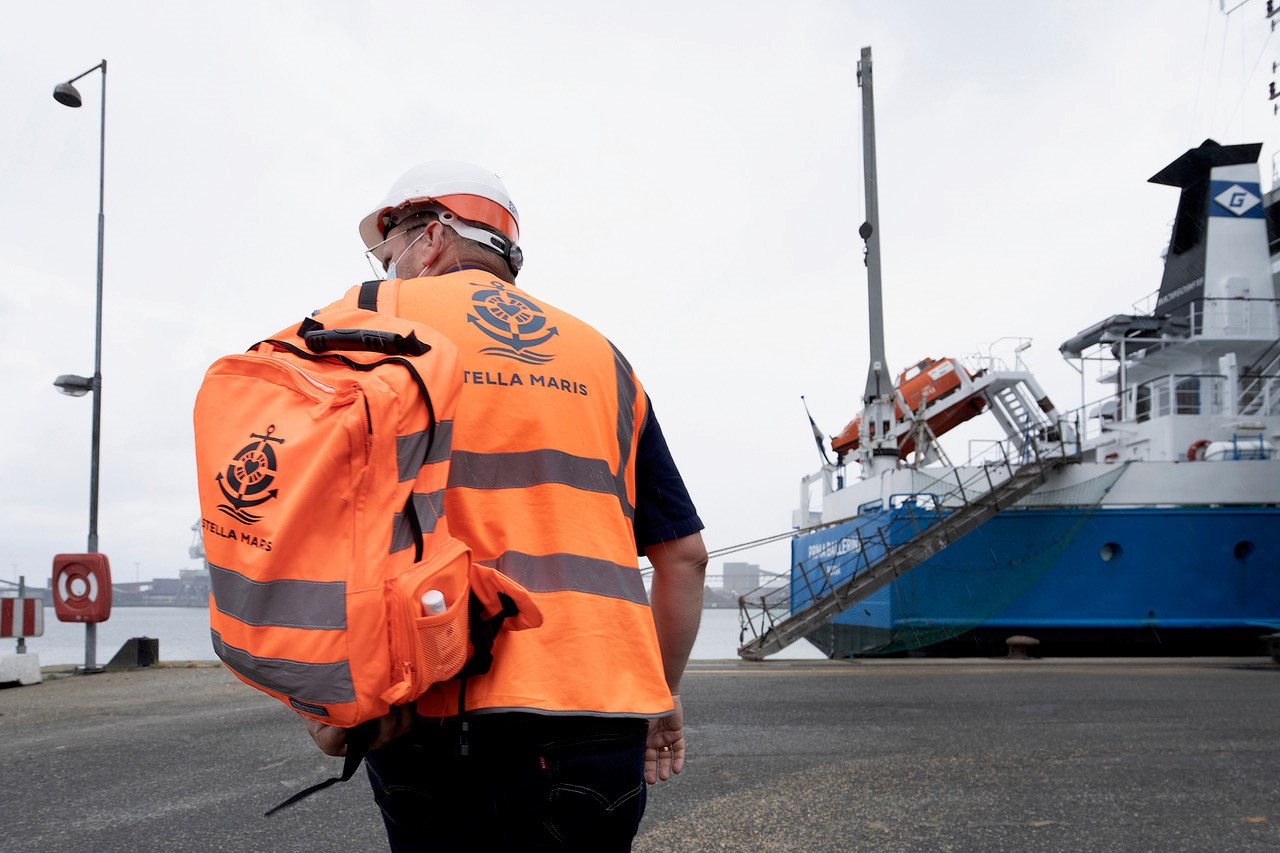 Stella Maris chaplains, volunteers and staff from around the world today joined together in prayer for peace in the Ukraine.

The prayer service, joined by Fr Alexander Smerechynskyy, Stella Maris Ukraine National Director, and port chaplain in Odessa, was convened in response to the call from Pope Francis that Ash Wednesday, 2 March, be designated as a day of prayer and fasting for peace in the Ukraine.

Stella Maris chaplains and ship visitors have been supporting all seafarers during the current crisis. More particularly, they have been providing support to both Ukrainian and Russian seafarers and those seafarers whose ships have had to navigate areas affected by the conflict.

Fr Bruno Ciceri, Stella Maris International Director, said, “Today, we united ourselves in prayer with our Ukrainian brothers and sisters. We prayed for a peaceful resolution to the conflict. Stella Maris chaplains around the world will redouble our efforts to support all seafarers affected by this crisis. We fully support the recent call from Kitack Lim, International Maritime Organization Secretary General, that ‘innocent ships, seafarers and port workers engaged in legitimate trade should not be adversely impacted by this growing crisis. Shipping, particularly seafarers, cannot be collateral victims in a larger political and military crisis – they must be safe and secure’.

“Stella Maris urges all governments to ensure the safety of all seafarers caught up in this crisis, their entitlement to adequate shore leave and their access to our welfare services.”

Stella Maris is the largest ship-visiting network in the world with over 1,000 chaplains and volunteers in 330 ports across 60 countries. This team makes 70,000 ship visits in a normal year to vessels of all flags and nationalities to look after the wellbeing and welfare of seafarers and fishers – regardless of their race, creed or faith.

* You can watch a recording of the prayer service at https://www.stellamaris.org.uk/a-day-of-prayer-for-ukraine/